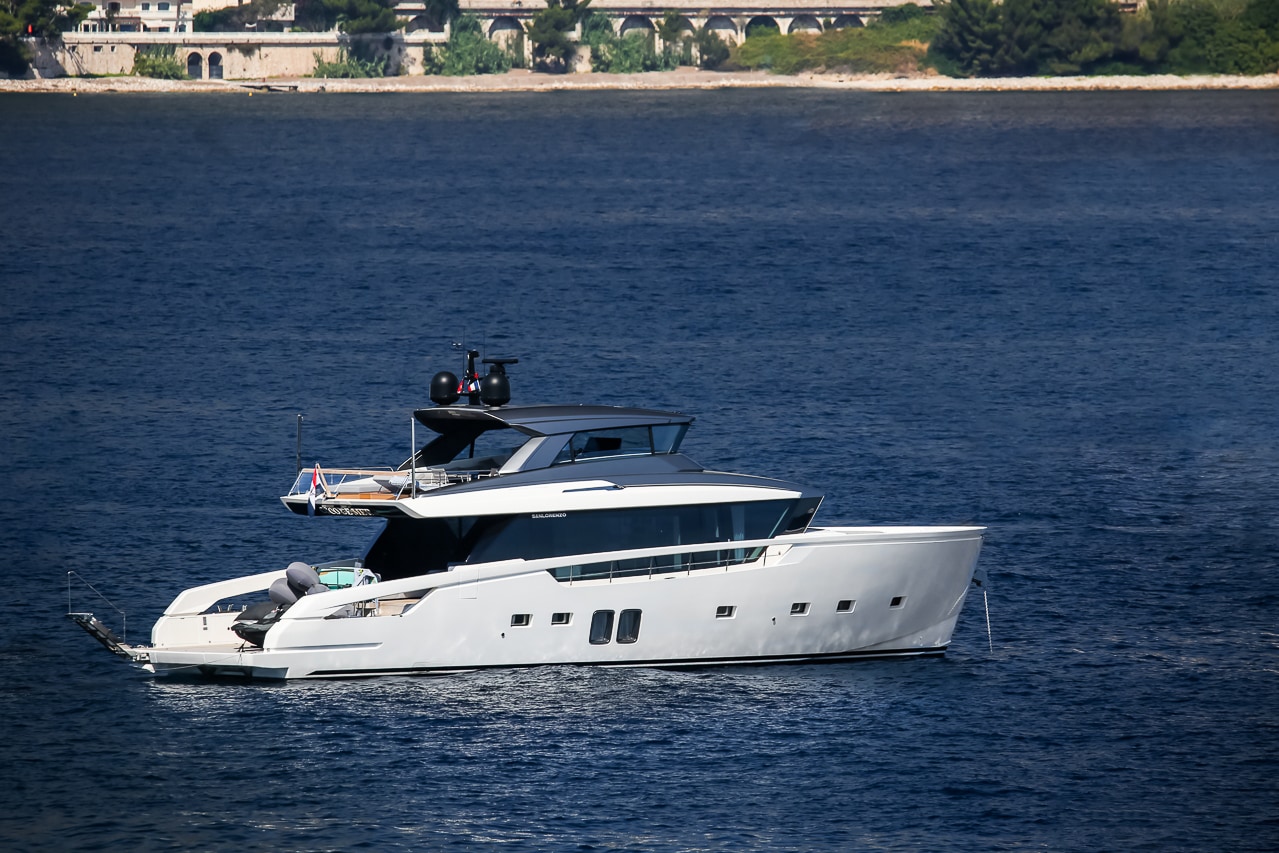 The SX88 motor yacht from Sanlorenzo was first shown at the Cannes Yachting Festival in 2017. It is the first “social” crossover yacht from the Italian yard’s SX line. Her crossover element comes from the fact that she has parts from both an explorer yacht and a classic flybridge motor yacht. She is made for a younger generation of yachters.

The 27-meter SX88 is unlike any other motor yacht built by the Italian yard. It is Sanlorenzo’s first step into a new part of the semi-custom market, and it has been a huge success. The SX88 is one of the yard’s most popular semi-custom models. It sold 11 units before the first yacht was finished being built. Officina Italiana designed the boat’s original exterior. Its high, strong bow gets lower toward the back, making it very seaworthy in all kinds of weather. Large glass windows all over the superstructure show how big and open she is. She has a new interior design by Piero Lissoni and a lot of space inside for a ship her size. The first time the architect and interior designer worked together, they were inspired by lofts and turned the main deck into a single open space with floor-to-ceiling windows.

The SX88 changes how a superyacht is usually set up by moving the helm to the flybridge. This makes the main deck more open. The helm station on the flybridge can be completely enclosed and cooled, and the large wraparound vertical window can be lowered for ventilation or to get a better view of the surroundings. Future owners can also choose to move the master suite from the lower deck to the main deck to take advantage of the large windows and views.

The aft area of the main deck is another unique part of the SX88. It has comfortable, exclusive sofas, coffee tables, and armchairs with glass doors that lead to the outdoor area. Five steps lead up to the big beach club, which has 30 square meters of space right by the water for people to use. Because of its clever design, the SX88 is big enough to hold a 4.5-meter tender, a jet-ski, and a few other toys. The crane that moves these watercrafts is cleverly hidden in the long profile of the handrail so that it doesn’t ruin the way the boat looks from the outside.

In the bow area of the main deck, there is a U-shaped sofa for lounging and sun pads for sunbathing. The flybridge will still be an open area with room for dining and lounging outside. The lower deck has either four or five cabins with their own bathrooms, which is an unusual choice for a motor yacht her size. Each layout option has a full-beam master suite with green glass panels on either the main deck or the lower deck, a VIP cabin, a double cabin, and a twin cabin, all on the lower deck. She has a good number of crew members for how many guests she can hold. There are three of them, and they live on the lower deck forward. She has three Volvo IPS 1050 engines, which give her a top speed of 23 knots and a speed of 12 knots for cruising. 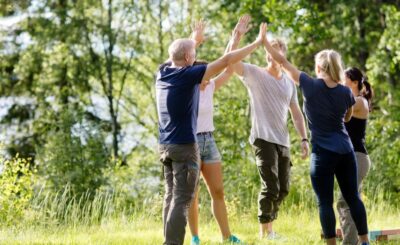 Reward Yourself With Cirque du Soleil; Enjoy Vegas the Way It Was Meant to Be Enjoyed! 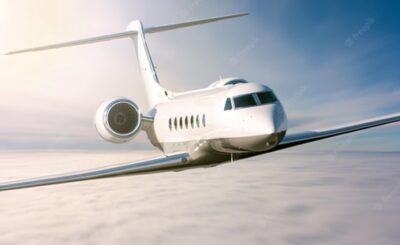 Tips for Renting a Private Jet Why Owning a Yacht in Co-ownership is wise 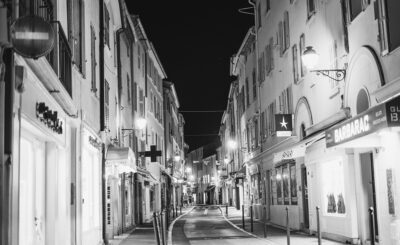 What to do in St Tropez 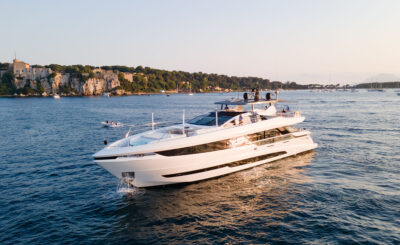 The top places in Cannes by Boat